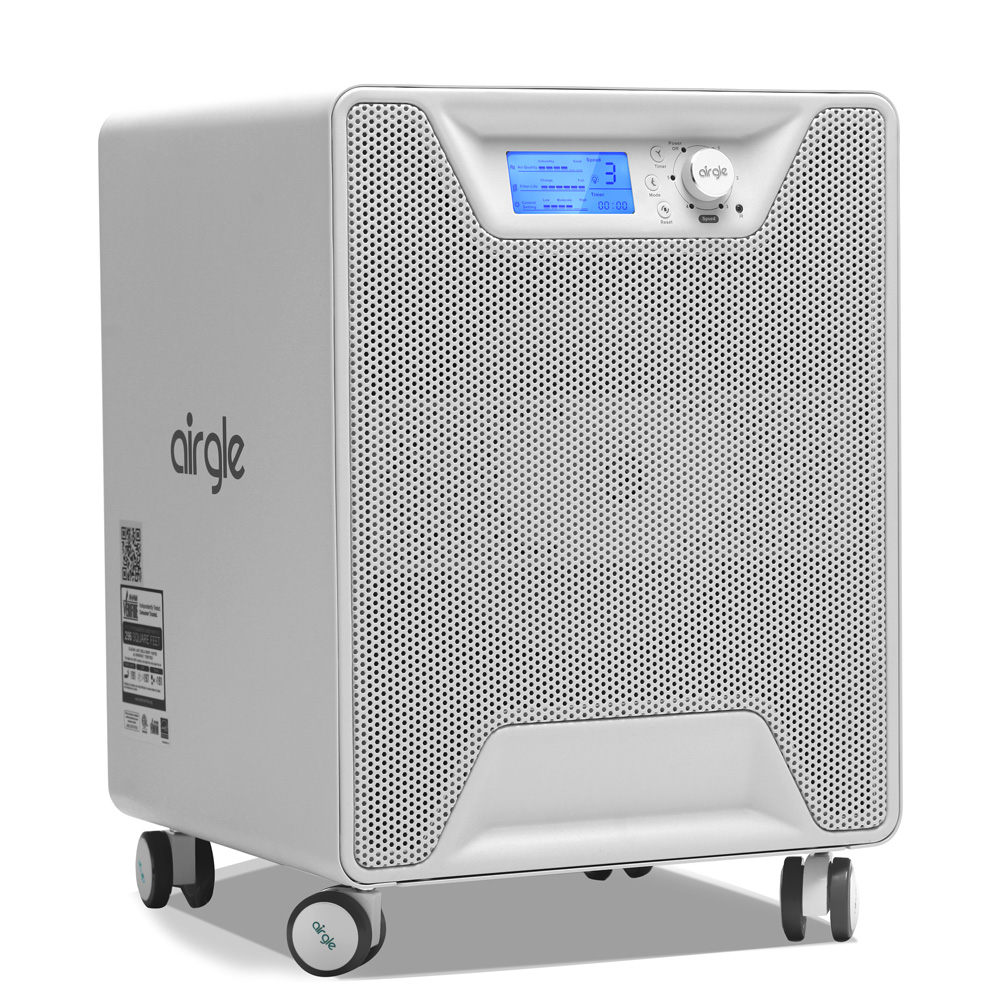 When you actively reduce airborne spores, yeast and mould, the indoor climate improves, absence due to sickness is reduced and productivity is increased. Airgle effectively removes bacteria and viruses and contributes to a healthy indoor climate.

Airgle fights both spores and mould and provides protection against volatile organic compounds (VOCs) and viruses with average diameters of less than 0,1 µm, including COVID-19, influenza virus, norovirus, cold or any other virus.

Airgle cHEPA filter can purify to clean-room level, by removing particles down to 0.003 µm (3nm), with an efficiency of over 99.999%

Every minute, the patented, state-of-the-art Titanium Pro UV module generates millions of hydroxyl radicals. Molecules consisting of oxygen and hydrogen atoms. Hydroxyl radicals chemically react with airborne particles and break them down into individual molecules, such as carbon dioxide and water. They destroy living spores, bacteria, mould, and viruses. Hydroxyl radicals also break down volatile organic compounds (VOCs), such as gases from cleaning agents, as well as unpleasant odours.

The air in the room is drawn into the Airgle unit, where it is filtered and purified by the carbon filter and by the cHEPA filter. After being filtered, the Titanium Pro generates hydroxyl radicals into the air before the air is released.

Control via the app

See technical specifications of the various units in the Airgle series in the table below:

Contact us, and let’s find the right solution for your needs.

NATDIS tailor-make solutions for disinfection for you and your company or organization. We use modules produced in Denmark to disinfect air, liquids and water for companies from agriculture to pharmaceutical companies of all sizes with UV light.
UVC light is an environmentally friendly way of disinfecting and can save you both time, work and money.